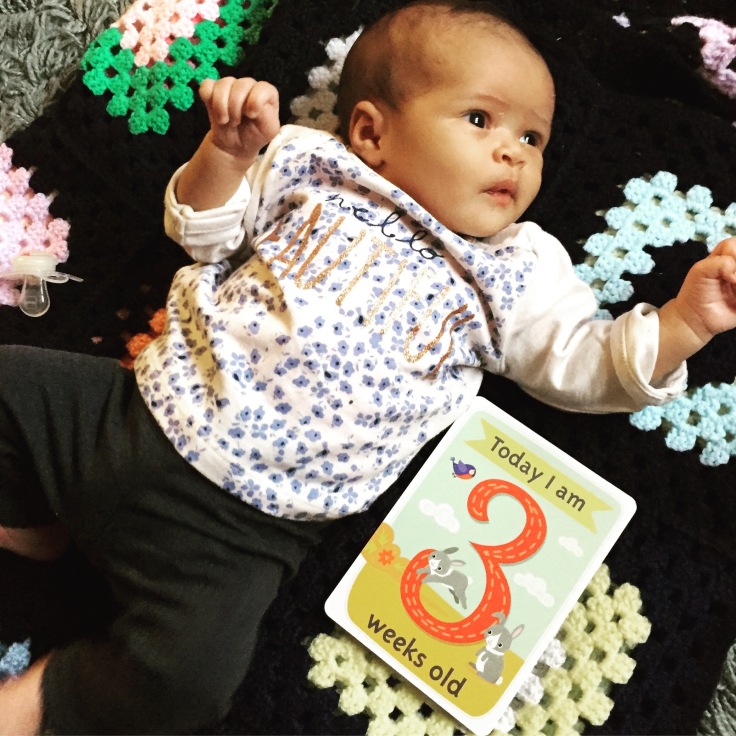 Today my baby is 3 weeks old , she is so alert and everyone who sees her can’t get over how beautiful she is. This makes me sad that her own father is missing out on this joy.

I woke up feeling low again. More disappointed that he hasn’t attempted to find out how she is. Be how you like to me but your innocent baby doesn’t deserve this. I made a decision this morning to go and see his probation type officer person. She’s there to try get ex-offenders back in to work and keep them out of jail. I’ve always thought in the past she may be worth a visit but in fear of trying to protect him I decided against it. Now I’m not about to protect anyone but my children. He needs help, and I still care enough to try and get it for him.

She was shocked, she got teary with me (as any mother /woman would) and told me she was going to have a very stern chat with him. She had obviously never seen this side to him and believes as I do that deep down the family we have is what he wants. He always made out to her that he was so happy with me and she believes that the cannabis and company he keeps is just ruining his life.

As the day went on and no phone call I continued to just feel lower. I had a couple of hours on my own in the evening and I couldn’t help it I had to call him. Not going to lie I was shocked when he admitted he was at her house but I remained calm and it didn’t hurt as much as I thought it would. After all I knew it anyway. He told me he was coming to see me, I told him that we should meet in a public place . Which is what we did. (If McDonalds car park in my car counts)

I got a pep talk before I saw him from my sister and knew I had to remain calm. No tears, no anger and certainly no begging… just calm.

I started by thanking him for finally being honest. I asked him if he loved her, he doesn’t (which I also know.) I asked him why on Wednesday was he still telling me we wasn’t over and why did he not show up after work?! His only response was how his head is fucked and realistically he needs to just be single for a while and sort himself out. When he finally looked me in my eyes he said ‘what the fuck am I doing man?!’ Anyone from the outside will think it’s all just a show but I know this is sincere. I know what our love is , I also know we have both hurt each other a lot and he even questioned whether just too much has happened that it will never be the same again. Maybe he’s right!

My mistakes were bought up again and even things that I had done this week he blamed for his reasons for just ending up back there. He is INCAPABLE of accepting full responsibility for anything it’s crazy!

Like I admitted yesterday , yes I hurt him bad but when I fell pregnant and even after that first scan where I admitted he may not be the father we BOTH made the decision to continue with the pregnancy. I reminded him of that this evening. It was my sorry to him, I went with what HE wanted to do and he’s just shit all over me.

Yes talk is cheap and easy to say but I believe it when he says that he’s so ashamed for doing it when I was pregnant. He was all over the baby again and said how much he missed her. He was very pissed off with himself when he knew about her not gaining weight and promised he was going to be there for her and me more. We should be meeting at midday tomorrow, I need to make sure I don’t constantly ring him when he doesn’t show. If he fails to meet us that’s his fault. I’m STILL giving him the opportunity to be a dad to our baby and I shouldn’t need to mother him.

He’s already cheated on his new ‘girlfriend’, since we kissed and he said how he needs to fuck her off. Fuck her off for us. He pleaded with me to help him get help and that he can’t do it on his own. I doubt he will tell her where to go, certainly not yet anyway. He isn’t strong enough for that but I know as each day goes on he will realise more and more what he wants. Yes I hate the thought of him with her but he had to think of me with someone else and he had to do that whilst stuck in a prison cell! So I need to just deal with it, accept we are separated for now and get the old me back. No stressing about what time he’s coming in, what he’s up to, whether he’s going to get arrested just concentrate on me and my girls. I am confident that he’ll be back, not so confident I will want him but I do like to think that some proper time apart could start that friendship back again. We had lost that, we have been so unkind to each other and we couldn’t go on this way.

He blew kisses at me when he left the car and I do feel better. Even if he doesn’t do what he says at least I am in a better place. That is the main thing! I do hope that one day we can put all this behind us and do things properly but if we don’t then hey that’s ok too. Everything happens for a reason and realistically we should have separated months again (too hard being pregnant tho) and yes him seeing me as that confident happy fun Kerry he fell in love with will certainly mess with his emotions. In the meantime that dumb blonde can have him, I won’t feel any sympathy when he shits all over her .. cos he will! He most certainly will!!